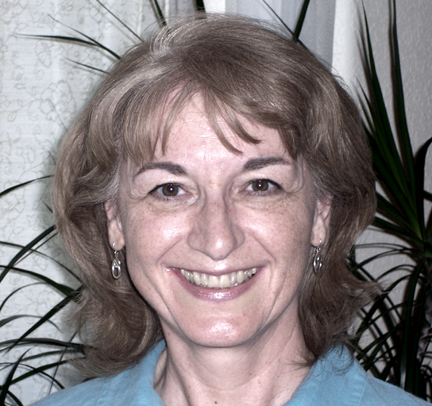 Set in the tumultuous world during Jesus’ earthly life, here is a timeless story of suffering, longing, and healing. Conflicts arise between a young woman’s devotion to God and the demon that holds her captive; between her attempts to free herself and the judgment and condemnation of others; between the rabbi named Jesus and the legalistic religious leaders; between the daily reality of Roman oppression and the Jewish hopes of a Deliverer-Messiah.

A vivid imagining of the account in Luke 13:10-17, where Jesus calls the bent-over woman to himself.

“WOW! What a great book. I absolutely loved it… I know the next time I read about this miracle in the Gospels, I will think of this woman through the eyes of Lawton’s novel… Thanks to Cladach Publishing for publishing such outstanding Christian literature!” ~ Shirley Silver

Link to Chapter One: http://cladach.com/Face-to-Face-Excerpt.html

Hello, Catherine. Your bio mentions that you became a published writer (in a national periodical) at the ripe old age of 12! Did that experience boost your desire to write more?

Catherine: It certainly was affirming and satisfying to think someone would want to print and read something I wrote (It was a little poem about Jesus being my Friend, and a Sunday school teacher encouraged me to send it in). But the desire to write was there already and it grew into a sense of a calling.

In your biblical novel, “Face to Face,” you fictionalize a story about a woman who is miraculously healed by Jesus. She is mentioned in the Bible only once, in Luke 13:10-17. With so little known about her, how did you develop her character and make her so believable?

Catherine: That woman, who was healed by Jesus on the Sabbath, gripped my heart and imagination. She was unnamed in the story, so I named her Joakima, which means “One whom God has lifted up spiritually.” She was bent over double for 18 years and “could in no way lift herself,” which indicates that she had tried. I began to imagine what “cures” she might have used. Each has a parallel today, whether it’s conventional wisdom and “old wives’ tales,” self-righteous religion, new-age spiritualism, or humanistic self-improvement methods. I considered the context of the scriptures and researched the historical period and life in those days. A good story needs conflict, and there’s plenty in this account – between the woman and the spirit that crippled her, between Jesus and the leaders of the synagogue, between the people and the burdensome Sabbath laws, and between walking by faith versus walking by sight. I began to imagine Joakima in a colorful setting interacting with other vibrant characters until the story took on a life of its own. I was interested to see how my character would survive and finally thrive in the challenges of that setting.

One gets the sense that there may be experiences in your own life that parallel those of your character, Joakima. Is this perception accurate?

Catherine: The story formed in my mind while I was going through a period of inner healing. I read the book of Luke, and this woman who was so wretched and yet so tenaciously persevering, triggered my imagination as well as my faith. Jesus told the woman she was released and he said that Satan had kept her bound. This part is very personal. I have known people who are bound by various things 51; memories, addictions, sins, wrong thinking, bitterness, and even evil spirits. And I’ve seen people set free. I wondered what sort of spirit had taken hold of this woman, how Satan could keep a religious person of faith bound, and what might have caused that spirit to enter into her body and life. Luke also tells us that Jesus called her a “daughter of Abraham” which means she had faith. I wondered, how does such a person have such faith?

Now a question to help readers know you better. If you had three free tickets to go to any three places in the world, where would you go, and why?

Catherine: First I’d go to Israel to research my next novel! Next I’d go to Scotland and the Hebrides, where a mighty revival happened the year I was born. Third I’d go to Rome again, where there is a strong sense of the biblical world and the modern world intersecting.

Since music has played such an important role in your life: What music CDs happen to be in your player right now?

Catherine: I just put in a CD of Loreena McKennitt singing Christmas songs, and a Russian pianist playing Rachmaninoff concertos.

If you could spend a week with any historical person of the past ten centuries, who would that be?

Catherine: I might like to spend a week with Joan of Arc, though it might be dangerous. A simple peasant girl believed so strongly that God had spoken to her that she was able to convince leaders of her country and army to let her lead them to victory, out of a dark and troubled period. And talk about conflicts! Her faith and obedience led to her martyrdom. Amazing.

What writing projects are you working on now?

Catherine: Besides writing occasional poetry and other short pieces, I have started two other novels. As I was writing Face to Face, the character of Benjamin grew so strong and appealing, he almost took over the story. I would like to give him a chance to shine. I’d like to take Joakima and Ben to Jerusalem again, perhaps to be present during Pentecost when the Holy Spirit was outpoured, to be part of the early believers who were persecuted and dispersed. I’d like to see Joakima return to her childhood home of Dura-Europas. And like every good story, it would include lots of conflict and a little romance.

Where on the Internet can we find you?

at my Amazon author page: http://www.amazon.com/Catherine-Lawton/e/B001K8YLA6 ,

Anything else you’d like readers to know about you?

Catherine: Here are some things about me: I’ve played the piano for years. Currently, I accompany a gospel quartet. My husband and I enjoy beekeeping in our backyard. I own Cladach Publishing, a small royalty press; and I spend lots of time editing and promoting other authors and their books. Writing and publishing is quite an adventure. And hearing from readers is like frosting on the cake!

Purchasing Info: Trade Paperback 192 pgs $12.97. Available through most stores and online retailers. You can purchase it now at: Amazon.com. Just-released: Amazon Kindle Version http://amzn.com/B006CUDMLQ or buy from the publisher on sale this week for $9.74 at http://cladach.com/Face-to-Face.html

One thought on “Fall Fiction Fling: Face to Face by Catherine Lawton”