***Special thanks to Amy Lathrop of LitFUSE Publicity Group for sending me a review copy.*** 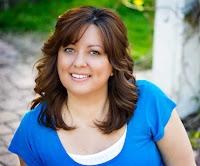 Tricia Goyer was named Mount Hermon Christian Writers Conference “Writer of the Year” in 2003. Her book Night Song won Book of the Year from ACFW in the Long Historical Fiction category. Her book Life Interrupted: The Scoop On Being a Young Mom was a Gold Medallion Finalist. Tricia has written hundreds of articles, Bible Study notes, and both fiction and non-fiction books. 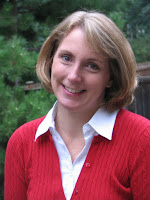 Ocieanna Fleissis a published writer and has edited six of Tricia Goyer’s historical novels. She lives with her husband and their four children in the Seattle area. Connect with Ocieanna on Facebook! 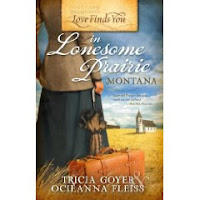 The sound of little girls’ voices and the sight of the sun streaming through the tall, second-story window of the Open Door Home for Destitute Girls, a privately owned orphanage on upper Manhattan, told nineteen-year-old Julia Cavanaugh that the day had started without her. Julia, an orphan herself, now running the place for the owner, brushed a strand of dark hair from her eyes. She submitted to a second yawn as a twelve-year-old girl hopped onto her bed.

“He’s gonna ask her to marry him, don’t you think, Miss Cavanaugh?”

“Oh, Shelby.” Julia wiped the sleep from her eyes and smiled into the freckled face staring eagerly at her. “Give me a moment to wake before you go asking such things.” Julia stroked the girl’s cheek, her heart seeming to double within her chest with love for the youngster.

The embroidery sampler she’d fallen asleep working on still lay at the end of her bed. She picked it up and eyed the image of a small house she’d copied from Godey’s Lady’s Book. Above the house, she’d stitched the words Home Sweet Home in fancy script. Gazing around the broad room lined with small metal cots and bustling with little-girl chatter, Julia noted the embroidered pillowslips, carefully pressed—albeit dingy—curtains, and dandelions smiling from scavenged jam-jar vases. She’d done her best to make the room pleasant for the girls—and herself. She glanced at their faces and smiled, gladly embracing her role as caretaker.

A less-than-subtle “ahem” from Shelby reminded Julia she’d been asked a question. She glanced at her young charge, still perched on the end of her bed. “What did you ask?”

“Finally.” Shelby eyed her with mock frustration. “I said, do you think they will get married—Mrs. Hamlin and Mr. Gaffin? Haven’t you noticed the way they look at each other?” Shelby’s cheeks hinted of red. Her golden hair was already fixed in a proper bun, her hands and face washed, and her simple dress clean and pressed despite its patches and stray threads.

“Shelby Bruce.” Julia shook her head, as Shelby’s two-year-old sister Beatrice wiggled onto Julia’s lap with a squeal. Julia planted a firm kiss on the top of Bea’s head.

“Married? I don’t think so,” Julia continued. “Mrs. Hamlin would’ve told us—told me—if she was being courted. Mr. Gaffin’s just an old family friend.” Julia wondered where on earth the girl got the notion that their headmistress wished to marry.

Although they have been spending a lot of time together. Julia pushed the thought out of her mind as little Bea shuffled to a stand, planting her pint-sized feet on Julia’s thighs. “Fammy fend!” She pointed a chubby finger at her older sister, Shelby.

“All right, Bea.” Julia plopped the toddler on the floor and swiveled her toward the small bed she shared with Shelby. “Time to straighten your bed.” Then Julia eyed the twins. “Charity, Grace, would you two virtuous girls fetch fresh water for the basin?”

Shelby pushed away from the bed, wrinkled her brow, and thrust her hand behind her as if to support her back—a perfect imitation of their middle-aged headmistress. “Now where did I put my spectacles?” Shelby clucked her tongue as she waddled forward.

Laughter spilled from the lips of the girls around the room. Encouraged, Shelby scratched her head. She plopped down on her bed then hopped up again as if surprised, pulling imaginary spectacles from under her rump. “Oh!” she squealed. “There they are.”

The laughter grew louder, and Julia pursed her lips together to smother the impulse to laugh along with them. She planted her fists on her hips. “That’s enough. All of you know what must be done before breakfast.” The girls’ laughter quieted to soft giggles hidden behind cupped palms as they scattered to do their chores.

Shelby lingered behind, her form now straight and her eyes pensive. “Maybe she forgot to tell you, Miss Cavanaugh.” The young girl gazed up at her. “The way they look at each other—it’s like my ma and pa used to, that’s all.”

Julia folded a stray sandy blond curl behind the girl’s ear. “Don’t worry, my sweet. If Mrs. Hamlin was getting married, we’d be the first to know.”

Julia hoped her own gaze didn’t reflect the sinking disquiet that draped her. Mr. Gaffin was a rich world traveler. If there was any truth to Shelby’s suspicion, Julia couldn’t imagine he’d let Mrs. Hamlin continue to work with orphans. Perhaps they’d get a new headmistress.

Or maybe the girls would be separated, moved to new homes…

If Mrs. Hamlin got married, all their lives would be radically changed. And if Julia had to leave the orphanage, she had no idea what she would do. Julia swept that painful thought away and steadied her gaze at Shelby. She couldn’t hide her true feelings from this girl. Julia took Shelby’s hand and answered as honestly as she could.

“I don’t think she’ll get married, but if she does, God will take care of us, like He always has.” Julia lifted her chin in a smile. “And really, Mrs. Hamlin may be forgetful, but no one could forget that. I sure wouldn’t.”

Ardy, a shy Swedish girl, removed her dirty sheets from a small bed and then approached, taking Julia’s hand. “Don’t ya think you’ll ever be gettin’ married?”

“Actually, there is something I’ve been wanting to tell you all….” Julia leaned forward, resting her hands on her knees.

The two girls eyed each other in surprise, and Shelby’s brow furrowed.

“What is it?” Shelby asked, her eyes glued to Julia.

The girls leaned in. “I’d like to tell you…that there’s a wonderful man who’s asked me to marry him!”

The squeals of two girls erupted, followed by the cheers of nearly three dozen others who’d been quietly listening from the stairwell.

“There is?” Shelby reached forward and squeezed Julia’s hand.

Julia let out a hefty sigh and giggled. “No, you sillies. Well, at least not yet. Someday. Maybe.”

Shelby pouted “But you said… ”

The squeak of the front door down on the first floor of the Revolutionary War–era home-turned-orphanage drew their attention. They waited as Mrs. Hamlin’s familiar chortle filled the air, along with a bash and clang of items—hopefully food and supplies that she’d picked up.

“Coming.” Julia hurried down the stairs to help the older woman.

Julia neared the bottom of the steps and paused, trying to stifle a laugh at the sight of the twinkly-eyed woman sprawled flat on her back. Scattered boxes and bags covered the donated rug.

“Mrs. Hamlin! What on earth? Why didn’t you get a steward to help you?”

“Oh, I didn’t want to be a bother.” She cheerfully picked herself up. “I was in such a hurry to show you all what I’d bought. And to tell you my surprise. Such a wonderful surprise.” Julia eyed the boxes and noted they were from R.H. Macy & Co. More than a dozen boxes waited to be opened, and she couldn’t imagine the cost.

“I found just what the girls need, and on sale!” the headmistress exclaimed.

“New clothes, I gather. That is a surprise.”

“But only half of it, dear.” Mrs. Hamlin rubbed her palms expectantly. “I also must tell you my news. The best news an old widow could hope for.”

Julia followed Mrs. Hamlin’s gaze toward the idle youngsters who’d gathered on the staircase to watch. Her eyes locked with Shelby’s, then she quickly looked away. “News?” The muscles in Julia’s stomach tightened.

“Girls,” Julia shooed them away with a wave of her hand, “you know better than to eavesdrop. Off to chores with you. We’ll have breakfast soon.”

The girls started to scurry off, but Mrs. Hamlin halted them with her words.

“No, no,” her high-pitched voice hailed. “Come back. This news is for all of you.” They circled around her, and she tenderly patted their bobbing heads.

“What is it?” Julia wasn’t sure she’d ever seen Mrs. Hamlin’s cheeks so rosy or her eyes so bright.

I’m nearly done with this book and plan on putting up a more detailed review soon. First I must say that I’ve really been enjoying this read. If you are into deep, heart wrenching stories filled with action and adventure, and lets not forget romance…this book is for you!

Also, be sure to check out this great giveaway!